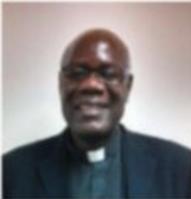 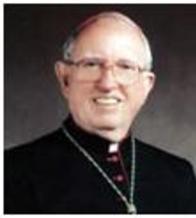 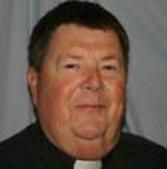 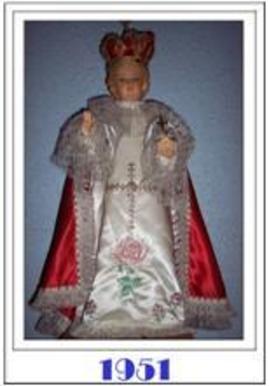 Holy Infant Catholic Church in Elkton traces its beginnings to May 19th of 1951; when two Redemptorist priests arrived to take charge of a mission area of approximately 1000 square miles.

A thorough census of the area had disclosed that there were 186 baptized Catholics. The priests, Rev. Raymond Govern and his assistant, Rev. Lawrence Murphy, established their headquarters at the Gables Hotel, in Elkton; where they ministered to the faithful in the area for two and a half years.

In May 1952 the Diocese of Richmond purchased a property where the church would be built. The ground breaking took place on February 22, 1953. The church, rectory and hall were constructed as a single unit according to the plans drawn up by the architect, Mr. Frank Martinelli.

Bishop Peter Leo Ireton, who had become the Bishop of Richmond on April 14th 1945, then dedicated the Church on November 4th 1953. A generous benefactor, Mr. John Gaetano of Milford Connecticut, made the largest individual cash donation of $5,000.00, suggested the name "Holy Infant" in honor of the Infant of Prague. The large stained glass front window was designed specifically for the church. Other contributors were the Catholic Extension Society who also contributed generously toward the completion of the building.

Initially, the towns of Luray and Stanley were also served from this church. Until Our Lady of the Valley Catholic Church was built in Luray and dedicated on October 31, 1954.The Redemptorist fathers then ceded the administration of the parish in 1968, and it has since been staffed by priests of the Diocese of Richmond.

Bishop Sullivan named Rev. Robert Warren pastor of Holy Infant, and shortly thereafter, the pastor of the newly formed Shepherd of the Hills Church in Greene County on the eastern slope of the Blue Ridge Mountains.

Major renovations to the sanctuary were completed in 1989 by
Rev. Robert Dillon, The renovations consisted of, among other things, dismantling of the marble altar, and replacing it with a wooden altar that was set in the center aisle of the church, positioning of the pews across the aisle from each other, installation of a screen to separate the sanctuary from the church hall, and the removal of all stained glass windows from the sides of the church. Later in 1992 the foyer was added.

On 2 November 2003 the parish celebrated its 50th Anniversary with then pastor,
Rev. Daniel Bain.

Bishop Francis X. DiLorenzo, D.D., Ph.D, was appointed as the 12th Bishop of Richmond on 31 March 2004 by the late Pope John Paul II, who named ...
Rev. Rolo Castillo as pastor of Holy Infant and Shepherd of the Hills in Greene County in June 2005.

Father Rolo was also in charge of the Campus Ministry at James Madison University in Harrisonburg.

On June 13th, of 2006, the two parishes were set under the charge of
Rev. Joy P. Credo, affectionately referred to as Father Alex, who was also appointed by Bishop DiLorenzo as administrator of the Church. Under Father Alex's charge the Church saw start of another extensive renovation, performed mostly by parish volunteers. The changes were made to make church more conducive to worship and prayer by accommodating more seating needed for the growing number of parishioners and visitors from the Massanutten Resort. The wooden altar was moved back into the sanctuary and the screen was placed behind the tabernacle, and the pews were repositioned to face the altar; like they had been originally. The parish hall could now be used to handle the overflow. Stained glass windows of the four Evangelists--Matthew, Mark, Luke and John--were installed in the wall behind the tabernacle and beautiful stained glass windows were designed and installed on the side windows of the church.

After Father Alex's departure, we were under the direction of Rev. Jim Dorsen for a short while; as he gave of us his time from retirement until we could be appointed a permanent priest.

After our period with Jim Dorsen, we were lead, taught and inspired by Rev Lawrence J. Mullaney Jr., Lovingly referred to as Father Larry. In November of 2013 Father Larry was redirected by the Diocese...

Thankfully in February of 2014, we were blessed with the appointment of Rev. Michael Mugomba, or Father Michael, as administrator, by the Diocese under the direction of Bishop Francis Xavier DiLorenzo. Since his arrival he has been sharing the Love and Word of God with us, in expanding our faith through worship. 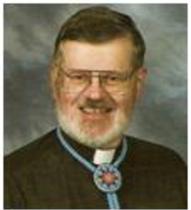 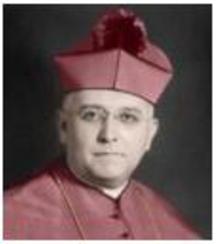 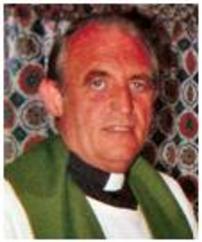 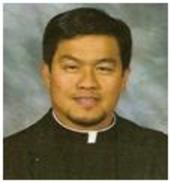 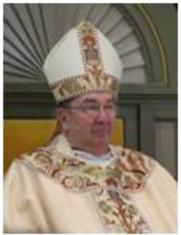 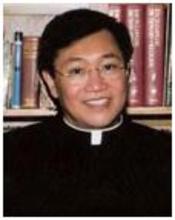 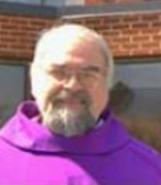